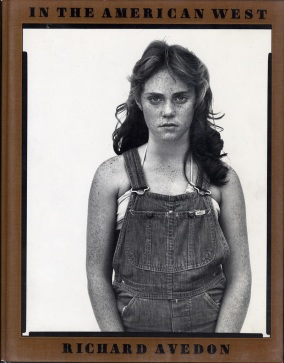 Over the years my thinking about read alouds has evolved as I’ve tried to hone in on the essential experience of how readers make meaning as they read. And at some point along the way, my partner David, whose pictures frequently grace these posts, introduced me to the photographer Richard Avedon and his ‘Series of No’s’. In his attempt to make his work more authentic, simple and direct, Avedon said, “No to exquisite light, no to apparent compositions, no to the seduction of poses or narratives.” All these no’s, he said, forced him to yes: to the subject on a plain white background and “the thing that happens between us.”

I loved the less-is-more sensibility in this. And using it as a kind of mentor text, I’ve developed my own series of no’s for read alouds, which I believe support getting to the essential yes of what can happen between a reader and the page: 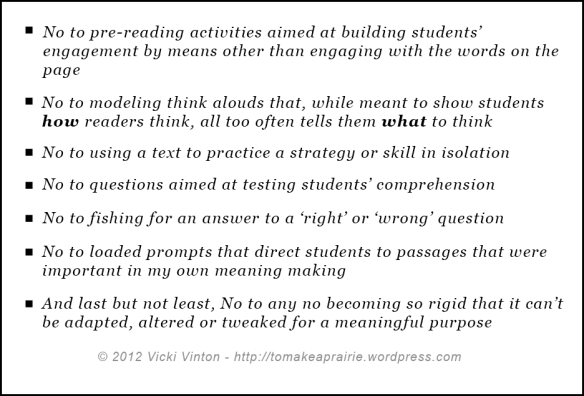 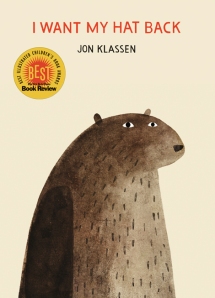 To see this series of no’s in action, here’s a read aloud I did the other week in a first-third grade special-ed bridge class, using Jon Klassen‘s delightful new picture book I Want My Hat Back and the What We Know/What We Wonder chart that I use to support students’ meaning making from kindergarten right up through twelfth grade. (And spoiler alert: I share the end of the book.)

The teacher, Christine LaPlume, and I gathered the children on the rug, where instead of engaging in any pre-reading activities, such as picture walks or front cover predictions, I introduced the chart to the class and said that we’d be using it to do what readers usually do in their heads: keep track of what we’re learning and wondering in order to think deeply about the story. Then I turned to the first page spread, which consisted of a picture of the bear on the cover and read the following two lines:

My hat is gone.

I want it back.

We tried out the chart with those first two sentences, with the students saying that they learned that there was a bear whose hat was missing and they wondered what happened to the hat. I continued reading then, with the students learning that neither a fox nor a snake had seen the hat. Then we came to this page spread and immediately several students called out, “The rabbit’s got the hat!” 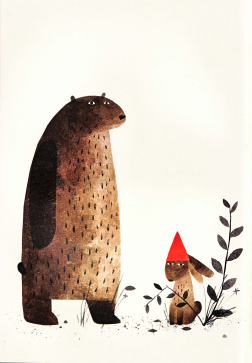 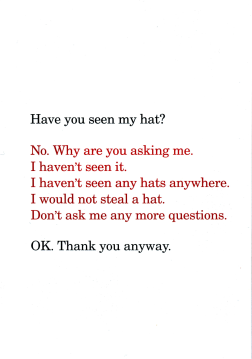 After reading the page, however, there was some disagreement. Some of the children thought the hat was the bear’s because the one the rabbit had on was the same as the hat on the back cover. But another group took the rabbit at his word, not even reconsidering when a student named Alay said, “But you know the way the rabbit’s talking? It’s like the way you talk when you’ve done something you’re not supposed to. Like maybe he did steal the hat.”

And here was the tricky moment. Here was a student who’d picked up the clues the writer had deliberately left, and there were the students who were having none of it. In the past I might have leapt on Alay’s comment and helped everyone see what he saw. Or I might not have even left Alay’s insight up to chance and directed the students to the rabbit’s words with a loaded question prompt. But remembering my series of no’s—and trusting the process to weed out missteps by offering multiple on-ramps for meaning—I reframed some of the thinking as questions and added two wonderings to the chart: “Did the rabbit take the hat?” and “Could the rabbit be lying?”

Then we kept on going, keeping track of our learning, until finally a deer asks the bear what the hat looks like, and as the bear describes the hat, he suddenly remembers that he saw it somewhere and rushes back to find the rabbit.

At that point, even the most pro-rabbit readers agreed that the rabbit took the hat, though as we came to the next to last page, which showed the bear happily wearing the hat without any sign of the rabbit, a final burning question came up: What happened to the rabbit?

So I turned the page and read this exchange between the bear and a squirrel, after which 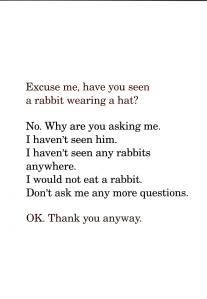 all the students literally gasped. “The bear ate the rabbit!” they said virtually in unison. And when I asked them what made them think that, every single student pointed to the fact that the bear was talking just the way the rabbit had when he denied having seen the hat.

Christine and I both applauded the students for the amazing thinking work they’d done, and as we debriefed, she shared that she’d been struggling with teaching some of the very same strategies the students had actually used here. Questioning came up automatically here, as did predicting (though I deliberately reframed their predictions as questions to avoid the kind of ‘right’ or ‘wrong’ thinking predictions sometimes engender.) Most notably, they also inferred, with Alay additionally making a connection that enabled him to consider that the rabbit might be lying. And they did so as a natural outgrowth of readers trying to make meaning of a text, not through a typical strategy lesson. 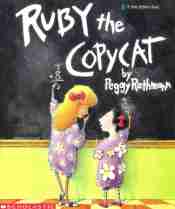 Of course, many of the students will need more specific instruction and time to practice the kind of work Alay did, which laid the groundwork for the students’ insight at the end. The whole class might benefit, for instance, by returning to this text to become more aware of the clues the author planted (not all of which they caught this first time). And they could use additional practice in thinking specifically about the possible subtext in a character’s dialogue, using books like Ruby the Copycat by Peggy Rathmann or any number of books from the wonderful Elephant and Piggie series by Mo Willems. These could be done in a subsequent read aloud or in a more targeted small group. But either way, I’d begin by reminding them of what they were able to see and understand in I Want My Hat Back.

And that reminds me of another no: No to the deficit model of learning—and yes to building on strengths.

4 thoughts on “From No to Yes: Making Meaning with Read Alouds”