This spring I found myself in many classrooms—from third grade right up to twelfth—working on content area nonfiction. In each school, teachers were worried that students weren’t comprehending what they were reading, even when the information was stated explicitly. And without understanding the basic facts, it was nearly impossible for them to engage with whatever less explicit ideas the writer might be exploring or with any of the essential questions the teachers had framed their units around.

Initially many teachers saw this as a problem of the students’ background knowledge—i.e., students couldn’t comprehend what the writer was saying because they didn’t have enough prior knowledge for the information to make sense. Or they saw it as a vocabulary issue, especially in those cases where the students were either English Language Learners or were working with texts that matched someone’s insane notion of text complexity (such as the third-grade-is-the-new-seventh-grade example I shared in a recent post). 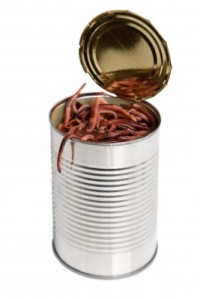 I don’t want to minimize the need to help students build larger and more sophisticated word banks or to have more background knowledge. But I’m also reminded of what I wrote in a post last summer: that too much emphasis on vocabulary or gaps in background knowledge may actually undermine students’ ability to become stronger, active readers by implying that we can’t make meaning if we don’t know all the words and references. Plus obsessing about what students lack sometimes blinds us to what they can do, and so before I started making suggestions, I asked the teachers I was working with what kind of instruction they’d offered students and how they had done with that—which opened up another can of worms.

In almost every case, the teachers had offered students strategies for summarizing or finding the main idea, which often involved looking for topic sentences or repeated key words, as many a classroom chart advises. Some also taught students how to use text features to predict what information they’d find, which we could also call a strategy. These strategies, however, were in fact shortcuts; they offered students ways of synthesizing a text without actually reading it carefully and thoughtfully. And as the teachers shared anecdotes and student work, what seemed clear was that too often those strategies simply wound up backfiring.

In the case of using text features, for instance, students frequently became wedded to predictions they’d made based on pictures and headings, and with those in mind, they ignored any parts that didn’t match their predictions. Main idea and summarizing strategies, on the other hand, often sent students on scavengers hunts—or what SmartBrief blogger Fred Ende calls “Seek & Find” missions in a great post on readers versus scavengers—with students searching for key words or topic sentences without really thinking about how those words or sentences were connected.

Recognizing that the very strategies they’d offered might actually be interfering with real understanding, many of the teachers agreed to change tacts and focus on questioning instead—not the kind that would send students back to the text on more scavenging expeditions, but questions that would invite them to wrestle with the concepts and information an author presents. We also wanted them to become more aware of what I started calling ‘the holes in the cheese’—that is, the places where a nonfiction author doesn’t spell everything out, but rather relies on us, as readers, to connect the dots of facts together to figure something out. And to do this, we needed to study the texts we were giving to students, like this one from a fourth grade science textbook that I looked at with an ESL teacher named Cybi, to better understand how the author presented concepts and where the holes in the cheese were.

In terms of concepts, we saw that the author explicitly described what a mineral was in the second paragraph. But by focusing on repeated or highlighted words, as Cybi had taught them to do, she wasn’t sure if her students would fully grasp the relationship or connection between minerals and rocks—i.e., that minerals were in rocks—which was exactly what happened when I modeled the shared reading later that day. Using the text features to predict the chapter’s content, the students concluded that minerals must be kinds of rocks. Acknowledging that they didn’t know that for sure, they agreed to let me reframe that as a question, which I asked them to hold in their heads as we read. But even with that, they glossed over the word ‘in’ until the very end when, with the question still unanswered, they went back and reread the beginning. At that point hands shot up around the room, and after they shared what they’d discovered, I noticed and named for them how paying attention to small words like ‘in’ had really helped them understand the connection and relationship between the more prominent words. And understanding how those words and facts were connected was really, really important.

We also wanted them to understand the concept of properties and how they helped scientists classify and differentiate minerals. Drawing on her knowledge of her students once again, Cybi thought they might be able to understand that based on the examples on this page and the next. But we both thought we detected a hole in the cheese in this page’s last two sentences where a reader would need to connect the information about hardness and scratching and apply the concept of properties to infer that calcite is harder than gypsum. And so we decided that this would be a good place to stop and ask a question, which I framed during the shared reading this way:

I want to pause here for a moment because I think there’s something the author’s not telling us that we might need to figure out. We know that hardness is a property and that properties help scientists tell minerals apart. We also know that scratching is a way of testing hardness and that gypsum is easier to scratch than calcite. But the author doesn’t come right out and say which mineral is harder, gypsum or calcite. I think he’s left that for us to figure out. So turn and talk. What do you think? Based on what the author has told us, which mineral do you think is harder and why?

This kind of question asked students to synthesize and apply information, not to simply retrieve it. And it asked them to actually think in a way that allowed them to construct understanding, not just consume and regurgitate information, as scavenger hunts often do. Ultimately, though, we wanted the students to be in charge of the questioning, and to that end we combined teacher-created questions, like the one above, that put students in problem-solving mode, with open invitations for the students to share whatever they found confusing or curious. And after I shared my holes-in-the-cheese metaphor, we began asking students if they thought there were things the writer hadn’t fully explained—i.e., holes in the cheese—then gave them time to figure those things out based on what the writer did say.

And as for those shortcuts: In the end, they weren’t so short after all, as they often took students away from real reading and real understanding, helping them, perhaps, to practice a skill but not really engage in deep thinking.

17 thoughts on “On Shortcuts, Quick Fixes and Why They Often Don’t Work”