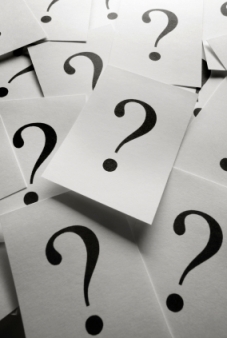 As the school year finally begins to wind down here in New York City, a new term is the air: text dependent questions. I first encountered the term in the Common Core Standards Publishers Criteria, which recommends that Standards-based instructional material includes a sequence of “rigorous text dependent questions that require students to demonstrate that they not only can follow the details of what is explicitly stated but also are able to make valid claims that square with all the evidence in the text.” And now Student Achievement Partners, the group founded by several of the Common Core authors, has issued a “Guide to Creating Text Dependent Questions” along with an ever-growing number of “Close Reading Exemplars” that show this method in action. 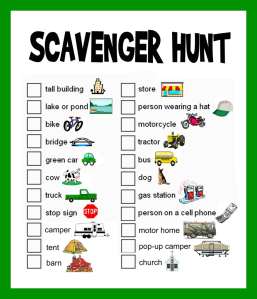 These text dependent questions stand in contrast to some of the common kinds of questions often heard in classrooms, such as questions about students’ own feelings or experiences and questions related to strategies or skills, like “What’s the main idea?” I agree that these kinds of questions are problematic and should be used sparingly. The first kind can shift students’ attention away from the text to their own thoughts, while the second can turn the act of reading into a scavenger hunt, as I explored a few weeks ago in my post on basal readers.

To see what I mean, let’s look at one of the Close Reading Exemplars from the Student Achievement Partners’ Achieve the Core site. Here eighth graders are asked to dip into a passage from Narrative of the Life of Frederick Douglass an American Slave, Written by Himself, which begins like this: 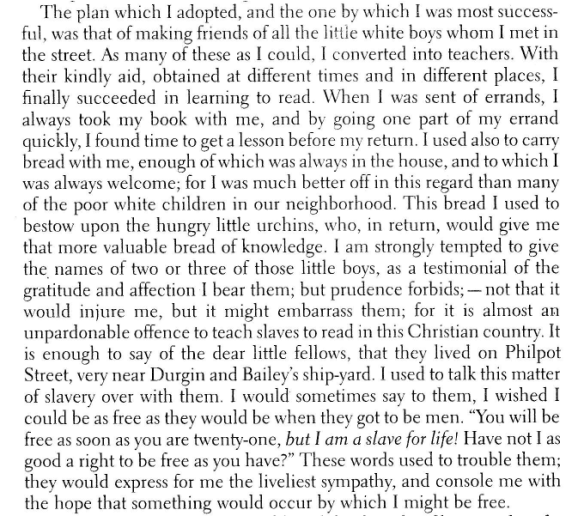 Like all the Exemplars, this one asks students to first read the passage silently to themselves, without any introduction or instruction. They then follow along for a second go through as the teacher reads the text aloud in order to offer “all students access to this complex text.” Then the questions start:

This read-listen-then-answer-questions sequence seems to almost guarantee that some, if not most, students will read and listen to the passage passively, waiting for the teacher to tell them what to do. It also seems to mirror standardized tests, where students don’t often begin to think until they hit the questions, rather than the moment they first begin to read.

The questions themselves also seem test-like; you can almost imagine them being followed by a choice of four possible answers. That’s because there seems to be one right answer, and the questions are seeing if you ‘got it’ or not. In this way, the questions are assessing comprehension, not helping students build it, which means that students who are able to comprehend will probably do fine, while those who can’t, will not. And one can only imagine how those answers might be pulled and yanked like a tooth from those struggling students through continued prompting. 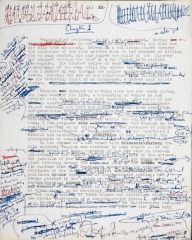 But what if, instead, we taught students that every reader enters a text not knowing where it’s headed, and because of that they keep track of what they’re learning and what they’re confused or wondering about, knowing that they’ll figure out more as they both read forward and think backwards? This vision of what readers do acknowledges that reading is just as much a process of drafting and revising as writing is, with readers constantly questioning and developing their understanding of what an author is saying as they make their way through a text. And it supports the idea that readers are actively engaged and thinking about how the pieces of a text fit together, beginning with the very first line.

To make this process more visible to students, Dorothy Barnhouse and I developed our text-based Know/Wonder chart. Depending on students’ familiarity with the chart, we might briefly model how we use it in a way that encourages students to acknowledge their confusion by reading the first two sentences and noting the following: 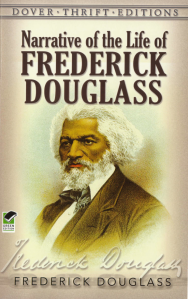 Students who had noticed the title, might say that the narrator was a slave, which would help answer the first question and also raise a lot more, including how a slave got to be friends with white boys; where, exactly, was this taking place; how old is/was the narrator; and, as they read further on, how did he manage to get a book and was he allowed to take the bread or had he stolen it.  Reading forward on the lookout for answers to these student-generated questions, the students would pick up clues that engaged them in considering the third text dependent question about how Douglass’s life as a slave differed from those of the boys. And those students who hadn’t caught the title could hold on to the question, made visible by the chart, until later on in the passage where they’d encounter more clues. And at that point they’d need to think backwards to revise whatever they’d made of the text so far in light of this realization.

Thus, all this could happen the first time the students read the text with virtually no teacher prompting, because they’d be reading closely from the get-go, fitting details together like puzzle pieces to see the larger picture they revealed. And doing so without any prompting would contribute to an increase in both their engagement and their ability as readers. It would also be an experience they could transfer to the next complex text they read.

Additionally all this drafting and revising would eventually enable students to “make valid claims that square with all the evidence in the text,” in a much more independent way than the text dependent question method permits, because so much more of the thinking is theirs. So let’s not jump so quickly on the text dependent question bandwagon and consider, instead, making the process of meaning making more visible to our students, by offering instruction not directions and giving them time to practice–and perhaps remembering that asking a question doesn’t constitute teaching, nor does answering one always mean learning. 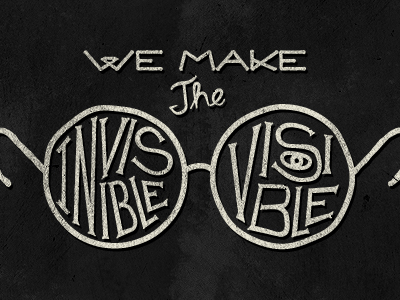 14 thoughts on “Some Questions about Text Dependent Questions”