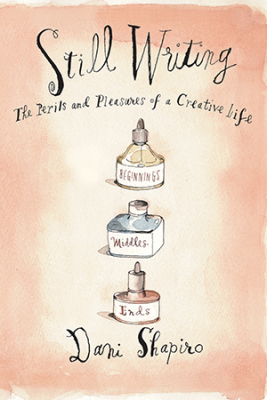 Last month I read Dani Shapiro‘s book Still Writing, a memoir/writing advice hybrid that fellow educator and blogger Catherine Flynn had recommended after we discovered we both were fans of Shapiro’s novels. Of all the things I’ve been meaning to read—from the mountain of books stacked up on my nightstand to the dozens of titles on my amazon wish list—I wasn’t quite sure why I decided to pick that one at that time. But as I started reading, it became clear to me that this was a book my soul needed.

You see, I’m still writing the book I’ve been working on for two years—still wrestling, struggling, wildly swinging back and forth between exhilaration, frustration and despair, and often kicking myself for making the fact that I was writing another book so public. And so I needed to be reminded that what I was trying to do was, in fact, really hard, which Dani Shapiro did. As she writes:

When writers who are just starting out ask me when it gets easier, my answer is never. It never gets easier. I don’t want to scare them, so I rarely say more than that, but the truth is that, if anything, it gets harder. The writing life isn’t just filled with predictable uncertainties but with the awareness that we are always starting over again. That everything we ever write will be flawed . . . [and] all we can hope is that we will fail better.

I also needed to do what Shapiro does herself: “to remember that the job—as well as the plight, and the unexpected joy—of the [writer] is to embrace uncertainty, to be sharpened and honed by it.”

Of course, that’s easier said that done. And why I ever thought that writing a book I was hoping to call Embracing Complexity (alas, that title’s now been taken, which is yet another thing that derailed me) would be easy is beyond me. But I share this now to answer the “When will the book be coming out?” questions (the answer is simply not yet), and because working on it for as long as I

have—and feeling like it’s still not quite there—has made me have to stare something in the face that’s been getting a lot of press lately: failure.

As you may have noticed, there’s been much touting of the benefits of failure lately, whether it’s in posts like “What Do Students Lose by Being Perfect? Valuable Failure” on the educational site Mind/Shift or in articles like “What If the Secret to Success is Failure?” in the New York Times. Posts and articles like these suggest that failure is good for us because because when we fail “we’re forced to adapt and change” and we learn important life lessons, like success rarely comes without lots of hard work and the importance of not giving up.

I’m not saying these aren’t true—nor that a fear of failing can’t destroy a love of learning, which it can. But I’m here to tell you, if you don’t already know, that feeling like you’ve failed really sucks. And the idea of creating scenarios in classrooms that actually set students up to fail (as some of these pieces suggest teachers should do) in order to teach them these lessons seems almost sadistic to me.

What looking at failure in the eye, however, has made me do is to think about how I cope with and manage it. And I have to say it’s not because I’ve embraced what Psychology Today says is the “magical properties of failure [to] rewire the brain and get the creative juices flowing.” Nor do I think it’s because I’ve got grit.

Certainly there are things I persevere with, whether it’s cycling up a hill to reach a stunning vista or plugging away at trying to learn French and Italian. But I’m also someone who regularly abandons books rather than forging on to the end of something I’ve heard is great but doesn’t quite strike my fancy. And I’ve been known to give up on those hills and just walk my bike to the top, despite the fact that my partner David always tells me that I’m capable of making it but I psyched myself out. 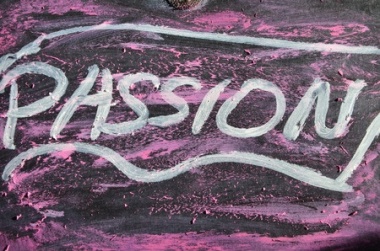 What’s interesting, however, is that passion rarely comes up in discussions about grit—though even Angela Duckworth, whose work inspired the whole grit obsession, concedes the importance of it. In an NPR piece, for instance, called “Does Teaching Kids to Get ‘Gritty’ Help Them Get Ahead,” she says:

I don’t think people can become truly gritty and great at things they don’t love. So when we try to develop grit in kids, we also need to find and help them cultivate their passions. That’s as much a part of the equation here as the hard work and the persistence.”

Why we focus so much on grit and so little on passions speaks, I think, to a belief system that’s much more comfortable with the old puritan nose-to-the-grindstone work ethic than anything as extravagant and potentially unruly as passion. But passion, not grit, is definitely what keeps me going—as well as the intrinsic rewards that Trevor Bryan shared recently on his wonderful blog (and you can see below): 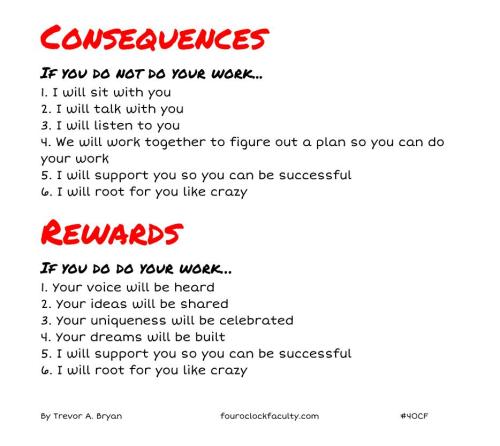 And so I keep writing, believing in what Dani Shapiro says: that writing

has been a privilege. It has whipped my ass. It has burned into me a valuable clarity. It has made me think about suffering, randomness, good will, luck, memory, responsibility, and kindness, on a daily basis—whether I feel like it or not.

Here, for instance, if nothing else, struggling with writing this book has made me remember the power of passion, without which I simply wouldn’t keep going. And writing this blog has renewed that passion, which is getting those creative juices flowing in ways that just grit never has.

And so, as I turn from the blog to the book that is still there waiting for me, I ask you this: What are you doing to cultivate passion in the readers and writers in your rooms? And what passions are you cultivating and nurturing in yourself, knowing that they will fuel and sustain you far more than failure and grit?