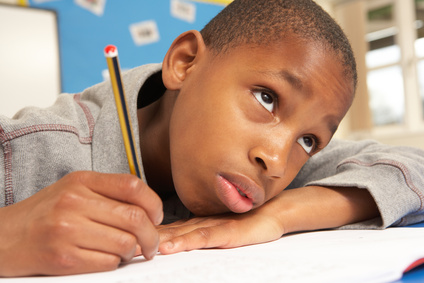 During my week in Reggio Emilia, my fellow study group members and I had several opportunities to speak through translators to our Italian colleagues to share observations and ask questions about some of the incredible practices we saw. I was also curious to know what our hosts thought about some of the practices we hold dear and whether or not they confronted some of the problems that we faced, which prompted me to ask questions. 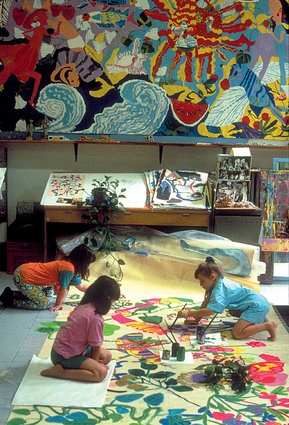 Having visited one of their new elementary schools, for instance, where there was much writing on display, I asked what they thought about craft lessons. This necessitated a bit of back and forth between me, the translator and the teachers who wanted to make sure they understood what I meant by craft. When that was clarified they said that, yes, they would invite students to study craft. But they reminded us of something else they’d said when we’d all marveled at the magnificent ateliers or art studios that are at the center of each school: “[They] do not offer art and technique in order for children to become artists, but in order for them not to become slaves.”

It’s a line I’ve pondered about a lot, along with their answer to another question I posed. I asked if they ever saw children, like the ones I described in my two last posts, who are able to read a text fluently but seemingly don’t understand what it says. And if so, what do they do. Again the question caused some back and forth between the translator and the teachers, though finally they said that they do occasionally see that, and when they do, they refer the child to specialists in order to determine the root cause.

At the time, the answer seemed insufficient—and having been astounded by so much of what we saw, some of us wondered whether here, in the States, we’d actually done more thinking about reading and all that’s involved in comprehending than our Italian colleagues, who were just embarking on lower schools, had. But increasingly I found myself thinking of all the stories and videos they’d shared of students wrestling with ideas, whether it was the existence of negative numbers or how to write certain letters. In each case, the students passionately, thoughtfully—and sometimes even heatedly—shared their own provisional theories about whatever was being explored, which they then would test out, revise and develop as they dug deeper into their study and listened to their classmates. 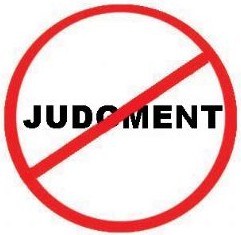 Reminded of that, I found myself wondering whether their constructivist approach to learning—where students don’t consume information but actually build their own knowledge—made some of what we see here moot. Every single child in Reggio was engaged in questioning and developing theories about whatever it was they were exploring, and children were confidently  voicing ideas without fear of the teacher’s judgement. In those rooms, it seems possible that no one without some cognitive glitch would read without wondering what the author might be saying, and no one would be passively calling out words without thinking about what those words meant. And the teachers would both expect and trust that even if the students’ initial theories were far-fetched or even faulty, the process of sharing and revising ideas would eventually lead everyone to understand more in an age-appropriate way.

I wonder, though, if we expect the same. We certainly expect students to learn and know things, and we expect them to perform. But in our race to meet the Standards, move students up levels and complexity bands, and answer our close reading questions, do we really care how deeply they understand as long as they get the right answer? And do we really trust and expect they can get there without our firm, directing hand?

With these questions in mind, a group of fourth grade teachers I’ve been working with decided to put understanding front and center by inviting students to acknowledge what they didn’t understand as a place from which to start learning. To do this we chose a nonfiction text, If You Lived with the Iroquois by Ellen Levine, aware that, particularly with nonfiction, there was a big difference between knowing the facts and truly understanding them. Then gathering a small group of students on the rug, we gave each child a copy of the book, asked them to turn to the following page and to read thinking about not what they learned but what they’d didn’t fully understand.

Right away a student said that he didn’t understand the sentence about the Iroquois using what nature provided, and once he’d revealed that, the others all agreed. They also didn’t know what a ‘kilt-like skirt’ was, and when I asked about the word ‘tanned,’ they said they weren’t so sure about that either—unless it meant laying the skins in the sun to tan. We then invited the students to look through the book, seeing if there were any places, either in the text or the pictures, that might help them understand what they hadn’t. This led one girl to discover a whole section on tanning a few pages later and several students to develop an understanding of a kilt-like skirt from the illustrations.

We went on then to read the section about tanning, which was hard for them to fully grasp. But at some point the boy who’d originally cited the line about using what nature provided said he now thought he knew what that meant: The Iroquois used material they could find outside, like deer skin and brains, moss and corncobs to make what they needed. And another student, going back to the previous page, added on that porcupine quills, which they used for decoration, also came from nature.

That led one girl to ask, “Did they have stores back then?” “What do you think?” we asked, and after flipping through the pages one last time to see if they spotted any sign of stores or manufactured goods, they all decided they didn’t think so, which they thought was pretty amazing and made them curious to learn more.

The teachers and I all believed that the students left the group that day with a deeper appreciation and understanding of the Iroquois than they’d had if we’d set them up to take notes, gather facts, or fill out a worksheet. And we sent out a message to them that I fear students don’t always hear: We care more about your thinking than your answers, and we truly want you to understand—so much so that we’ll honor what you don’t understand as the place to begin exploring and will carve out time to give everyone the chance to reveal their fledgling thinking and then use talk, not to prove a claim, but to grow and develop ideas. And by trusting and expecting you to understand, you will come to expect that, too, and accept nothing less. And that means you’ll never be a slave to someone else’s thinking.

7 thoughts on “How Much Do We Truly Expect Students to Understand?”