So how did the teachers and I help students write the wonderful creative nonfiction books I shared in Part 1 of Beyond All About Books? And how did we support those children who struggled with writing and English in general?

We began the way I start every writing unit, by reading the kind of text the students would be writing, in this case our mentor text Atlantic by G. Brian Karas. We’d return to the book many, many times before the unit was through, but the first time we shared it our goal was to help the students get a feel for the genre and think about how it was and wasn’t like other nonfiction they’d encountered.

To help them do that we initially asked each class to tell us what they already knew about nonfiction. Then we read a few pages of Atlantic, stopping frequently to consider how it was similar or different, using a Venn Diagram as a tool to hold on to the students’ thinking.

That part was not too difficult, nor was helping students grasp the idea of personification, which they took to quickly, ultimately personifying not just the country but rivers, mountains and even monuments like the Great Wall of China and the Pyramids. What was challenging, though, was getting them to be more descriptive–or, in one class’s words, to paint pictures in words. They had plenty of facts but none of the sensory details they’d noticed in the mentor text. And so, short of buying everyone plane tickets to Cairo or Beijing, I brought in pictures that would help them see what a place looked like, and in some cases allow them to infer what it might smell, sound, taste or feel like.

While searching for pictures, I was lucky enough to stumble on an amazing creative commons photography website called Pixdaus, where I found stunning pictures from various countries, like these of China: 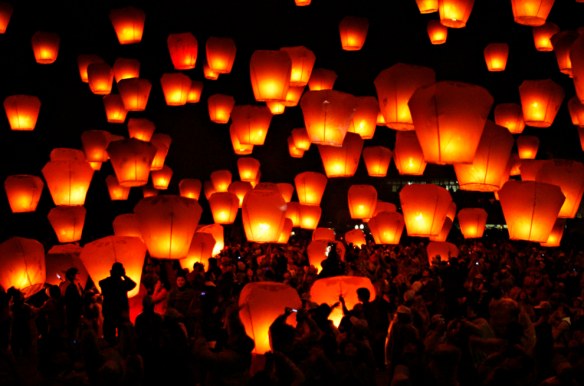 In small groups, students studied the pictures, trying out ways to capture what they saw—or imagined what they might hear, smell, taste or feel—in words. Then they returned to the rug to share out what they’d come up with, projecting their picture with a document camera so that everyone could see. Using the details and language they’d come up with, I then modeled how to turn those into a page that sounded something like one of the pages we saw in our mentor text.

I am the green of bamboo forests and rice fields built into my hillsides like stairs.

I am the sparkling lights of cities filled with people, shops and tall buildings.

The sound of people making wishes for lanterns and the smell of good food cooking in woks is me, too.

For some of the children, this was enough to get them going—especially after we showed them how they could use the pictures in the books they had in their classrooms to help them get that sensory feel. But the most reluctant writers in the room needed more scaffolding. I gathered three or four of them at a time on the rug with white boards and markers, two pictures of animals and a syntactical sentence template I designed based on a pattern I noticed in both the mentor text and some of the writing I’d modeled:

The first one we did together as a group, with the children talking about what they saw and me writing the sentence down using the template. Then they looked at the second picture and once again spent some time talking to share the various ways they might describe what they were looking at. But this time I asked them to each use their white board, and with the syntax template visible, write their own sentences, using any of the words or details the group had shared. Here’s a sample of what they came up with:

Pandas lie on their backs to eat bamboo on the green floor of my forest.

Pandas use their big white tummies as plates in my bamboo forest.

This kind of scaffolding allowed every student in the room to feel successful and contribute to pages that ultimately looked like this:

But what made me know that the unit was a success was when the students, on their own, noticed something in the mentor text we hadn’t discussed at all and used it as a model for the ending of their books:

And mentoring myself to the students’ text, I’ll end this post this way:

Don’t forget me. I am Creative Nonfiction.

5 thoughts on “Beyond All About Books (Part 2)”